Book: An Antidote to Violence

Please login or register to see the price.

An Antidote to Violence

Evaluating the Evidence
By Barry Spivack and Patricia Saunders

Introduction by Dr John Hagelin, President of the Global Union of Scientists for Peace

Please order this book from Amazon or visit the author’s webpage.

It is generally accepted that Transcendental Meditation increases energy and inner peace on the individual level: but can it produce a similar effect on society? Our book, an Antidote to Violence: Evaluating the Evidence, examines 20 peer-reviewed studies and 50 demonstrations suggesting that it can.

One significant peer-reviewed and published study summarises seven experiments that led to a decline in violence in the Lebanese Republic as a result of practice of Transcendental Meditation and its advanced programs. During the the study, social tension reduced and war deaths dropped on ninety-three experimental days (in comparison with control days over a two-year period), and peace flowered.

Weaving together psychology, sociology, philosophy, statistics, politics, physics and meditation An Antidote to Violence provides evidence that we have the knowledge to reduce all kinds of violence in society.

Please order this book from Amazon or visit the author’s webpage. 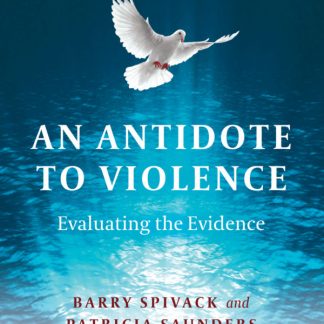 You're viewing: Book: An Antidote to Violence Please login or register to see the price.
Order this book from Amazon